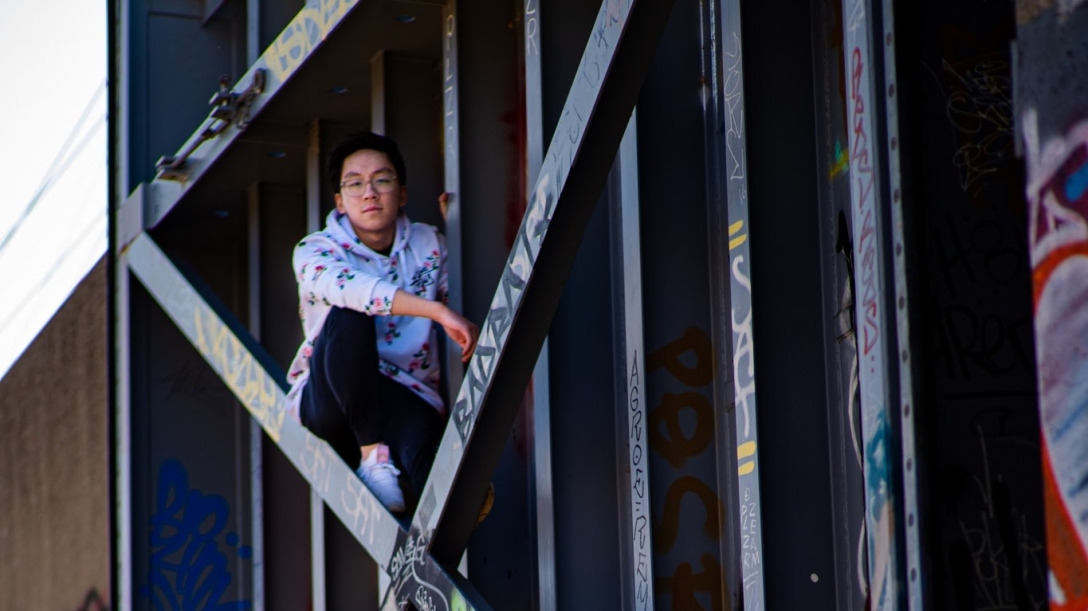 First of all, this story needs a disclaimer.

I’m someone with an open mind. If there’s something that I write in here that offends you, please don’t take it personally OR as something I did purposefully. This is a story about my experience developing new opinions and how I’ve changed.

Just as I’ve given new perspectives a new chance, please give me a few tries to adjust. 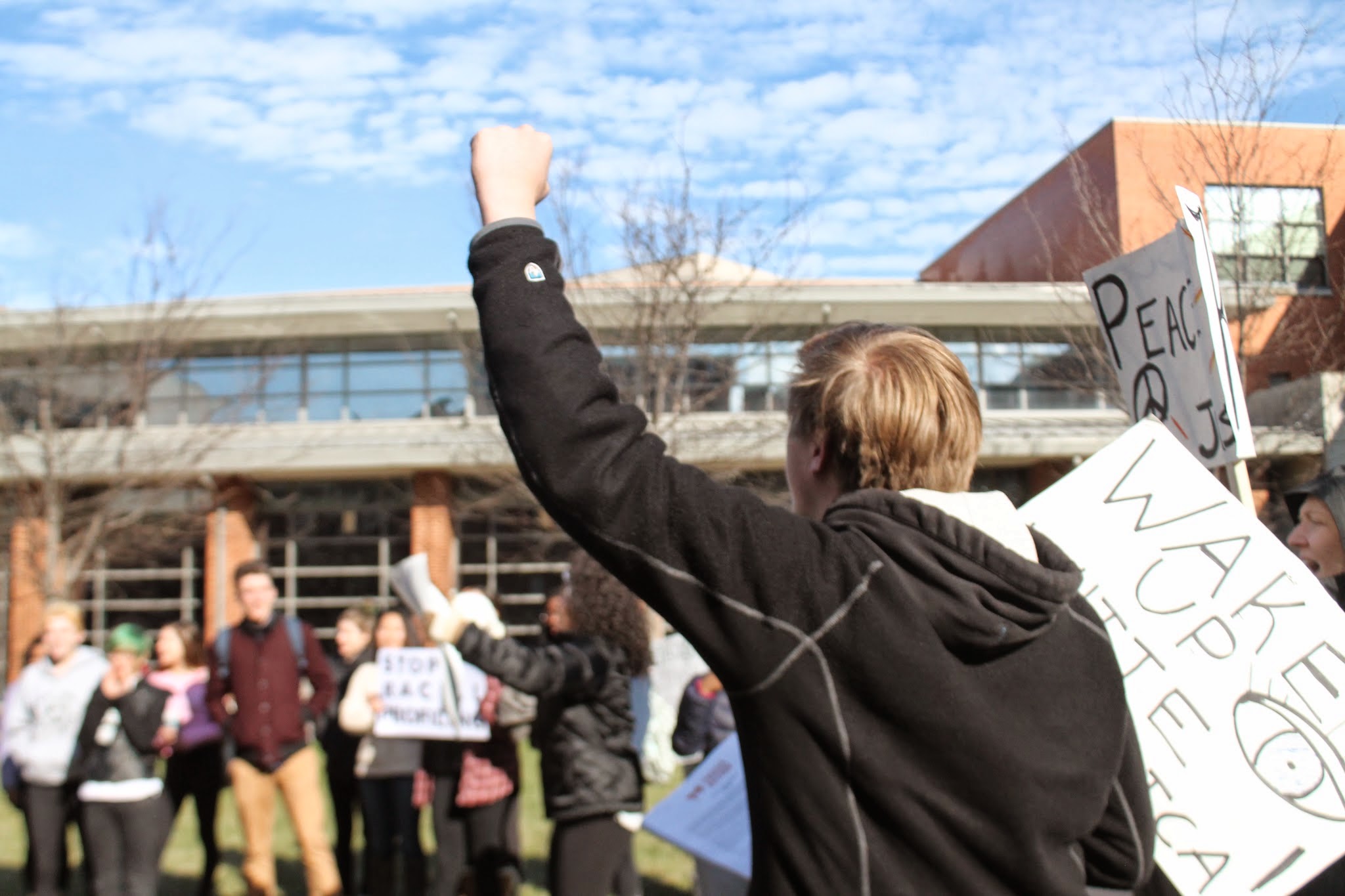 These are the years I attended Clayton High School.

When I was a teenager, I was highly rebellious. I’d really try going against the grain on a lot of things. Some was good, like trying unique mediums for projects; some was bad, like deliberately disobeying authority.

And being the rebellious, “oppressed” teen that I was, I developed a very specific way of thinking: everyone should be completely free of tyranny.

To me, the world was an unfair place.

The idea that “being incredible is a requirement” was drilled into me from a young age. And so, from there, I thought that everyone else needed to work as hard as I did, if not harder.

Since elementary school, the message that I received was I didn’t deserve to belong or be loved by my peers if I wasn’t incredible.

To clarify, a “not good enough” Chinese. Not enough extracurriculars, not high enough grades, not incredible enough of a resume.

Naturally, I came to the conclusion that nobody should deserve anything for free, suffering was guaranteed, and there were metrics that you had to hit if you wanted success. 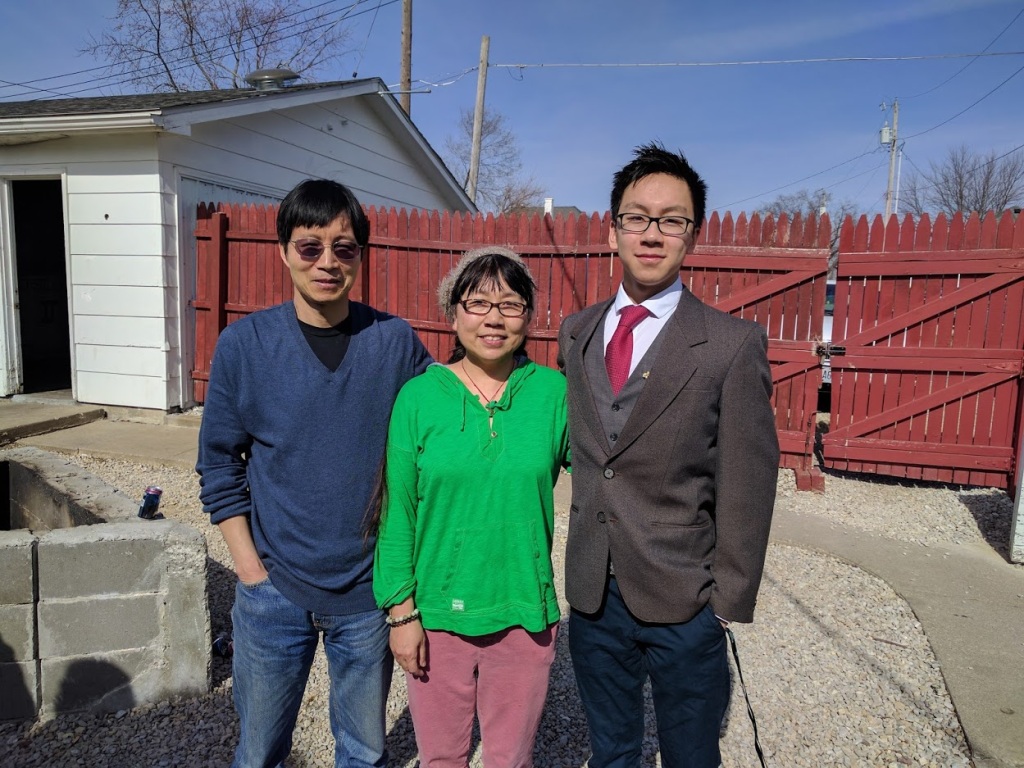 The second piece of the puzzle comes from my family, of course.

We’ve all heard the story of parents walking uphill to school, both ways, in the snow, during a tornado, just to get an education.

I think my parents might have had it worse.

To come to a country where you have absolutely nothing. To leave a country in turmoil to escape the suffering THROUGH suffering, only to build what could only be considered an empire back home — that is no ordinary feat.

My father is the American Dream.

And, in my naivety, I thought that applied to everyone else in the United States.

“If my parents could do it, so could you.”

The combination of having to fight against the demand for perfection and having seen the rags to riches story produced the mindset that poverty is a self-inflicted curse.

“If you’re in poverty, you’re not working hard enough.”

“Poor people are poor because they’re lazy and won’t go through the pain required to become successful.”

This narrow-mindedness carried through my political beliefs, my social stances, and made me especially hard on myself. If I couldn’t be successful, I wasn’t working hard enough.

In one way or another, I deserved to suffer.

When the conversation turned to race, I always stuck my hands up in disbelief. It was always a “white versus black” conversation. I was never asked in classroom debates about my opinion and it seemed like it didn’t matter.

For the longest time, I felt like I didn’t want to take either side of the line. Members from both groups of people had shown me disrespect, so it seemed like I was the minority minority third party.

I had been bullied throughout my entire life by white and black people alike, so when BLM seemingly called for support from other people of color, I tilted my head and pursed my lips.

In popular media, one song lyric has always stuck out to me. In the song “Fish” by Tyler the Creator, he uses a racial slur in the second line of his song, making the connection between Asian people’s eyes and a drugged female with her eyes closed.

And to have the double standard of never saying the n-word, dropping the racial slur against Asians made me sick.

“You have done nothing for me.”

I went to school, both parents had a car and a job, and my classmates were people just as well, if not much better, off than I was.

I had a single view of the world. All of my ideas and beliefs stemmed from all I had seen for nearly two decades, and understandably so. There was only the news (which I rarely read) and travel when I was exposed to other things.

Then, I started teaching for the Saint Louis Chess Club.

I always tell this story about my first day out in the field. At a summer camp at Gary Gore Elementary in the blistering heat, I shadowed Jana Thomas as she taught in the classroom. It was the polar opposite of everything I had known.

Everybody there was black. Quite literally, I had never seen so many black people in my entire life. Over the next year, I would teach in predominantly black schools.

I also remember the first time I was disrespected for being Asian in the classroom.

In one of my classrooms in a charter school, a student asked me if I was Chinese. Saying yes only led to students trying to speak “Chinese” to me, not something unlike “ching chong bing bong”, over and over. 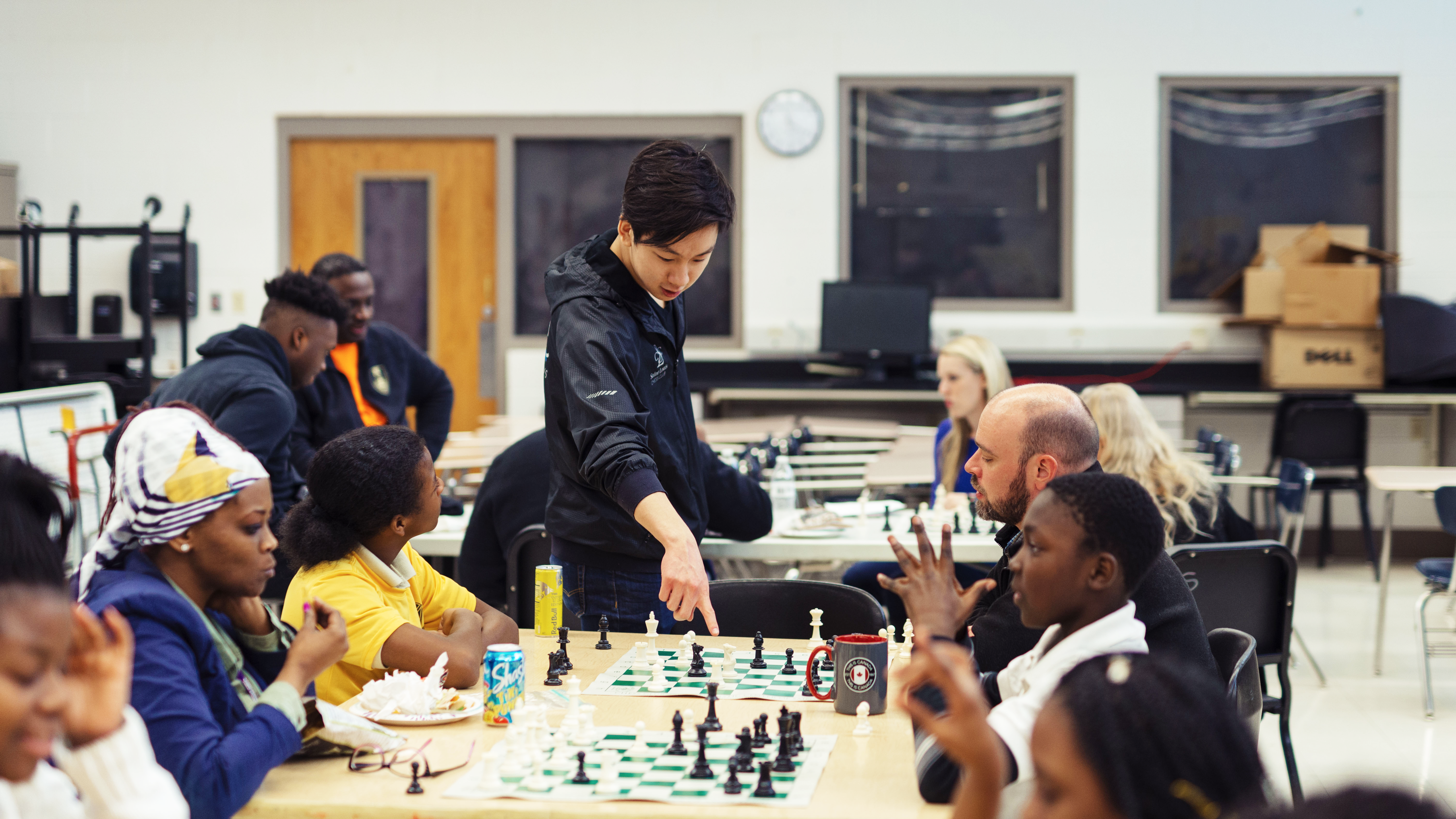 At first, I was furious.

“How could students behave this way towards a teacher? What the hell? How can they be so racist?”

My next few interactions with ignorant students went very similarly. Some called me “Mr. Ching Chong”, others mocked my accent, but eventually, I realized something.

These students have probably rarely seen a Chinese person in real life. Asian people make up 5% of the US population (3.5% in Saint Louis). Their only perception of people that look like me is probably through popular media, which, don’t do a very good job of being… accurate.

So, I understood why they were saying otherwise atrocious things to my face.

I miss being in those classrooms.

At the same time, I noticed how run down and underfunded our public school systems are. I would teach in classrooms with barely enough room for all the students.

There wasn’t any room for fostering that kind of productive, positive connection among different groups of people.

Desks were far too old. Books were worn down and sometimes, even the libraries were empty. Lunches looked worse than prison food and fights were an hourly occurrence. 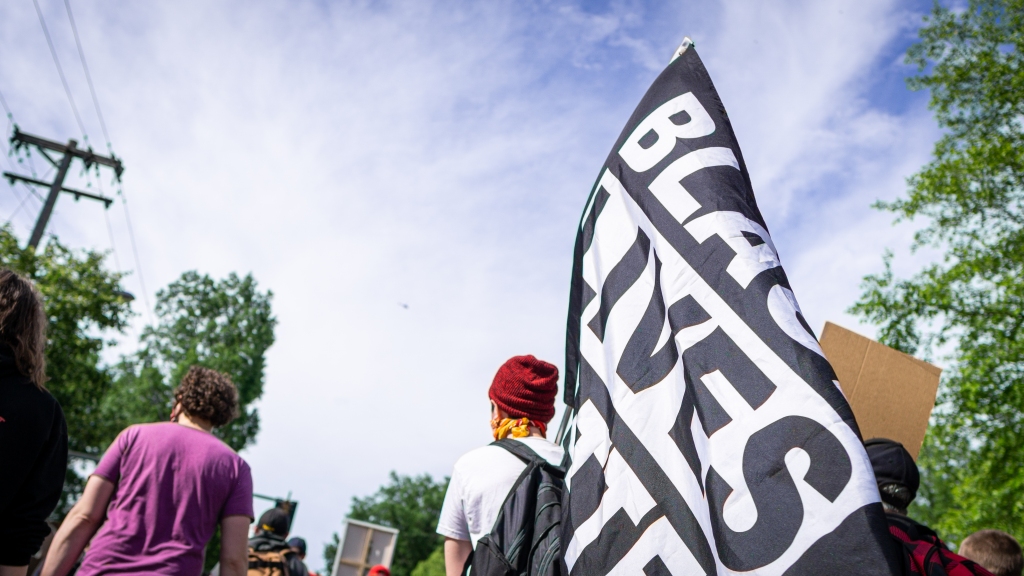 Being immersed in a new environment was the catalyst for a perspective change on race. To see an entire population with such little access to resources, with an epidemic of family troubles — it was a culture shock.

Comparing the incredible quality of education Clayton HS provided to the high schools of the inner city, I quite literally couldn’t believe the difference.

Why is it that our police can have military-grade equipment and a surplus of human killing rations, but our teachers have to buy their own tissues for their classrooms?

Why is it that private companies can still own facilities where they cage people based on victimless crimes?

Why is the nation’s money managed in a way that makes absolutely no sense?

Before I left college, my mindset was fixated on the experiences I had. Of course, that’s all I could go off of, and that’s true for most people. We only know what we know.

Reading the news or a blog post is not the same as going out and being immersed.

As the bombardment of opinions and news articles and “alternative facts” continues on social media, we’ve become more and more calloused towards other opinions.

“We must hold our ground!”

But this goes both ways. We all want to be “correct” in our thinking and validated by our peers. That way, we can continue thinking the way we’ve been thinking because, let’s face it, changing our mind is a painful thing to do. 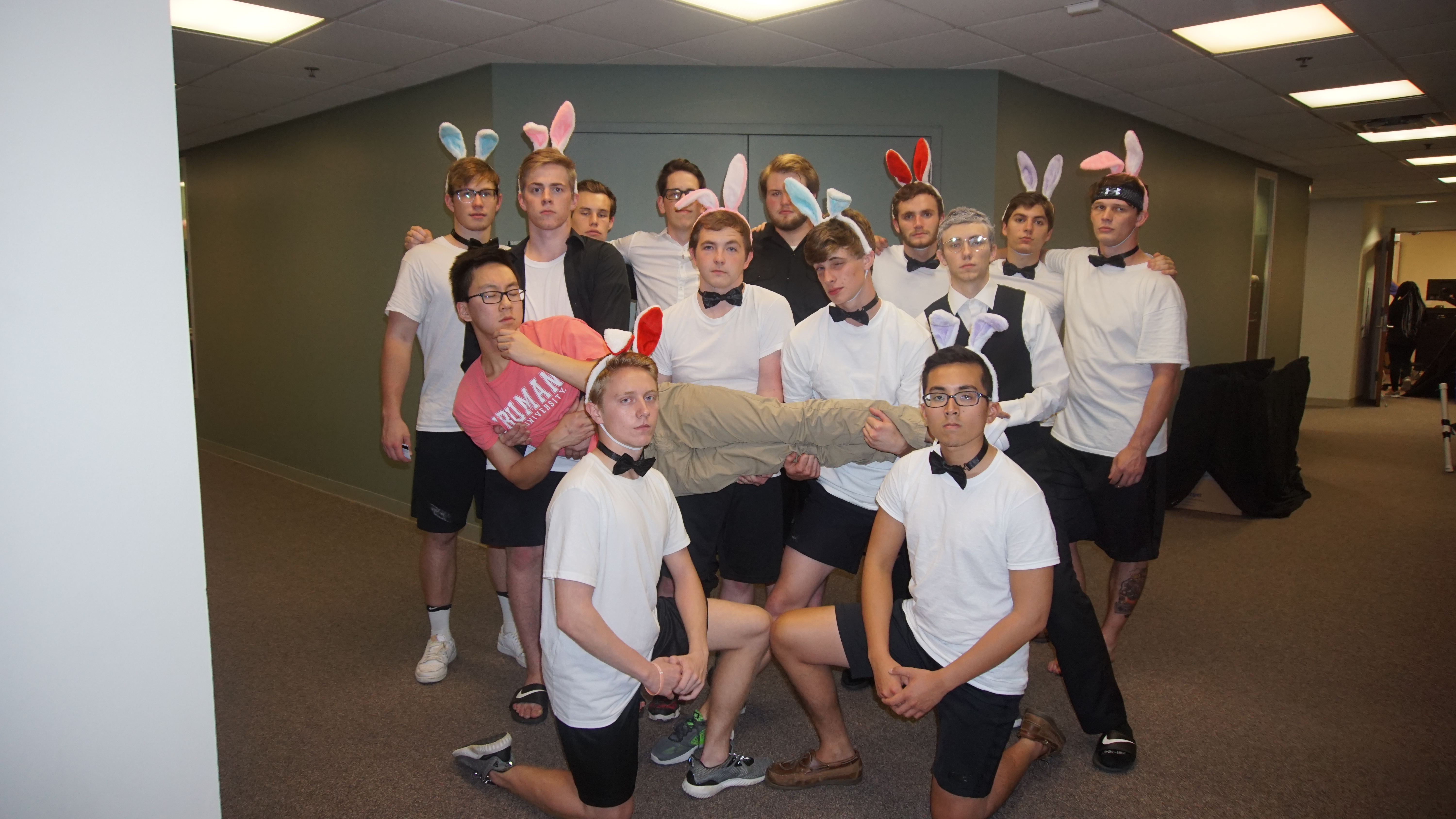 When I got answers wrong on tests, the punishment was getting a bad grade. If I got enough bad grades, I’d get yelled at when I got home and made to do tenfold the amount of work.

If I made a poor drawing or piece of art, I was punished by feeling inadequate or I didn’t have talent.

Growing up, I truly believed being wrong means you get hurt. Or you hurt someone else. There was no winning when you’re wrong.

But, as I come to find out later on, life isn’t about winning.

If your gratification comes from being right all the time, then at some point, those around you will have to be wrong. Eventually, you’ll wear those around you down to the point where they want absolutely nothing to do with a tyrant beating down those who aren’t perfect.

At 17, when I graduated high school, I put on my big boy pants and went to college with a fixed mindset.

“17 years have definitely prepared me to be an adult,” I thought. “That’s definitely enough time for me to form some correct assumptions about the world.”

I’ve lost a lot of important people in my life due to petty arguments. I was too stubborn to see my flaws, thinking that if I ended up making faulty choices, I wouldn’t be worth anything anymore.

Not everyone has the chance to get thrust out of their comfort zone to the point where their entire worldview changes.

According to this TED Talk about relationships, there are four habits fostering good relationships. Most apply this to romantic ones, but they’re skills everyone should keep under their belt.

Habit #1 is to be curious, not critical.

Going into a conversation or approaching an event with your guard up and mind made up is counterproductive at best.

I think there’s a lot of black and white thinking in today’s world.

If you think X, you are automatically Y because Z.”

Society is doling out social life sentences because of mistakes made in the past, yet we aren’t taking the time to go back and evaluate what made them think “X”. 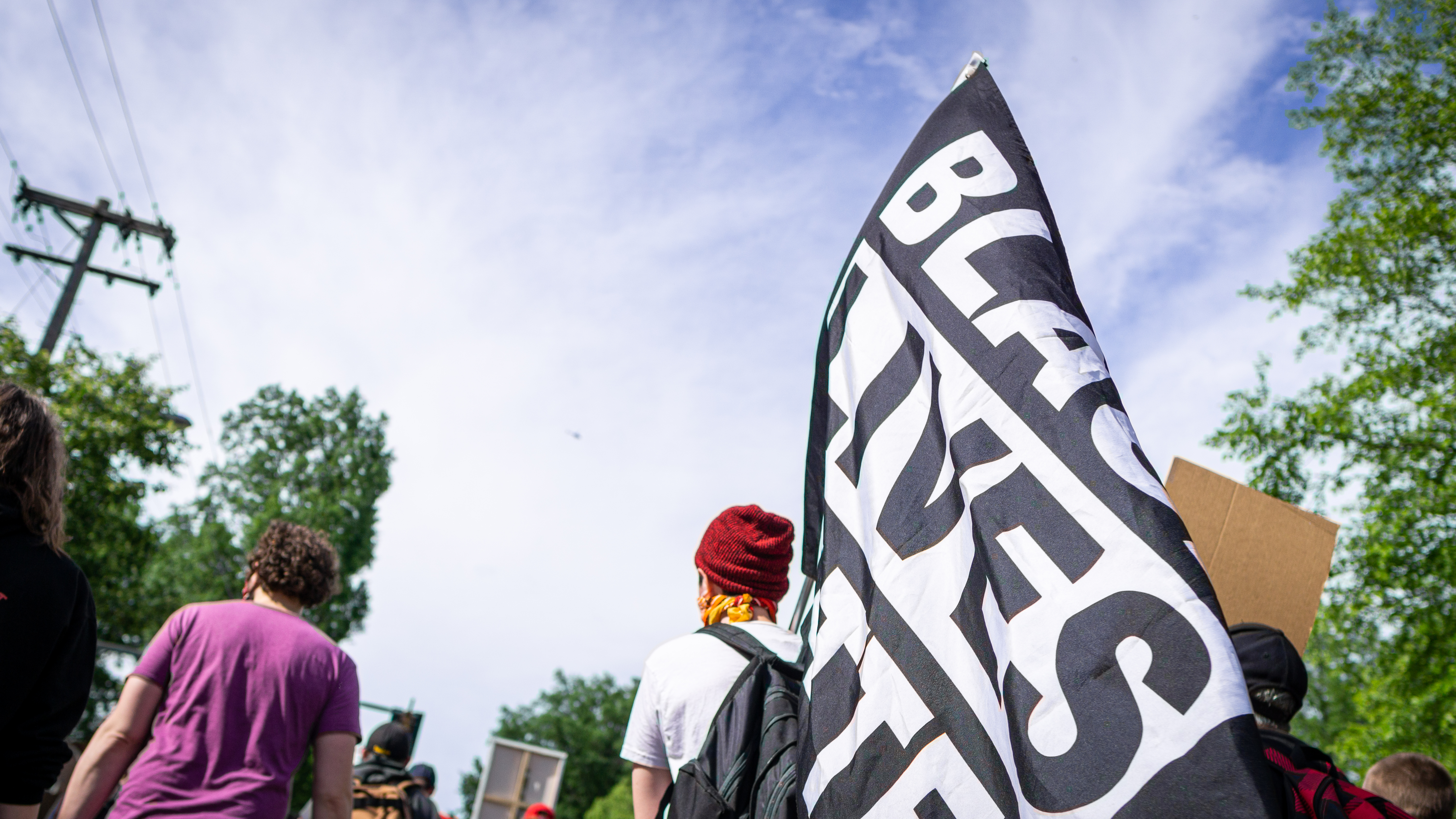 After the 2016 votes were cast and when Trump was announced to have won the election, I was told to kill myself because I voted Libertarian.

“What an excellent reason to join the Democrats!”

Fighting fear with fire is a formula to generate more hate for the other side, not a compelling argument to join it. “Us versus them” thinking only broadens the divide, producing nothing but wasted time and energy.

It took me a full 6 months to do a 180 in regards to my thinking, although I still think there are major issues on both sides. I’ve learned that blanket statements are just an example of backwards thinking.

However, imagine what it would be like growing up where your thoughts are fed to you by authority figures in your life and then amplified by years of peers validating you. Some people grow up indoctrinated without any opportunities to challenge their field of view — is that their fault?

It would be difficult, if not impossible, to understand the other side on your own.

We should treat people with differing viewpoints like some kind of trauma — a set of thoughts that’s heavily reinforced. Trying to force your way in will only result in getting shut out. Calling people names and tearing them down for who they fundamentally are is a fantastic way to undo progress.

I think it’s important for both parties to lead into a conversation with compassion and an open mind instead of entering with defensiveness and hostility. It’s tough to communicate when the word “enemy” is painted on everybody’s forehead.

That’s not to say that we should turn the other cheek every time — some battles are just not worth fighting.

It’s our job to find those willing to hear us out and respect them in the same way.