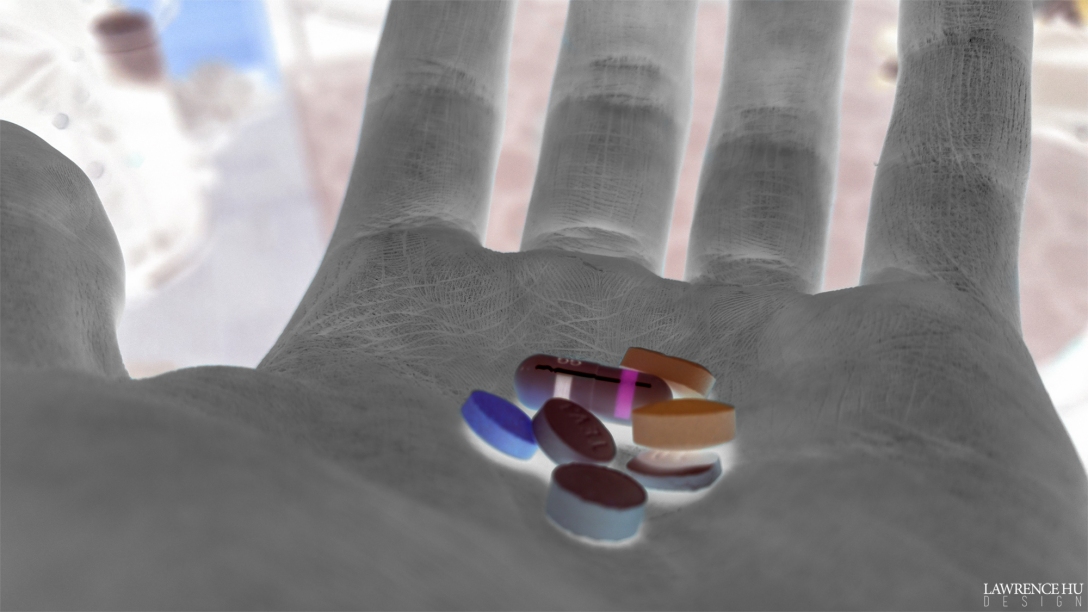 After seeing a seemingly endless number of therapists and doctors, I was convinced that I needed medications to feel good — to feel like a normal person again. Merely talking to someone about how I felt and my problems just didn’t seem to be getting results, which led me to think, “people smoked to get high and drank to forget, so shouldn’t I have a drug to make me feel better?”

Over the course of high school, I ended up experimenting with all of the “typical” recreational drugs.

Surprisingly, it was marijuana first, which caused so much anxiety that I ended up vomiting and having a panic attack. Then I tried smoking cigarettes, which were portrayed by the media to calm people down. It only made me dizzy and smell disgusting. Finally, it came down to alcohol, a disgusting tasting liquid that made my depression a thousand times more potent.

Eventually, I tapered off the drinks.

The first psychiatrist I went to, within 30 minutes, had prescribed me two medications: sertraline (Zoloft) as an antidepressant and alprazolam (Xanax) as an anti-anxiety medication. A couple of weeks later, and I was on clonazepam (Klonopin) and bupropion (Wellbutrin SR), doubling the number of medications I took daily.

After starting college, I didn’t have the ability to go to St. Louis every four weeks, so I went to a nurse practitioner that worked at the Student Health Center. She wanted me off of the benzodiazepine class of drugs and put me on propranolol, a beta-blocker to help with social anxiety. After winter break, I returned with complaints that none of the previous medications had worked.

The small orange bottles iconic of prescription medications began to line up on my shelves.

It screamed out: “I’m kind of messed up.”

Fluoxetine (Prozac), my third antidepressant, and olanzapine (Zyprexa), an antipsychotic drug used as a mood stabilizer, were added into this cocktail of medications.

Within less than a year of seeing my first doctor for mental illness, I was already on six different medications and three supplements. Even worse than the medications’ side effects are the withdrawal effects. If I missed even a single dose, I’d start feeling dizziness, tremors, and an overwhelming sense of anxiety creeping back into my head, all at once.

But really, what’s the problem here?

It’s that I wanted medication in the first place.

We already exist in an instant world. Instant communication. Instant packages. Hell, even our noodles are instant. And, with any ailment, it seems that the only way for instant relief is through popping a pill or drinking a syrup. Doctors, who are responsible for keeping you healthy, should be prescribing medication as a last resort. However, an estimated 60% of all Americans are on some type of prescription medication.

And there seems to be a medication for everything, from indigestion to heartburn to sleeping, what can’t a pill treat?

That being said, it’s not difficult to obtain a prescription for medications. Go into a doctor’s office, tell them the symptoms that X drug will treat, and the doctor might give you what you want. If they don’t, you can always go back in and say what you have doesn’t work until you get what you want. In the case of my psychiatrist, it seems that it’s even worse with mental illnesses — they’re throwing pills at you and hoping that one of them will do the trick. If your body happens to be dependent on the previous medications? So be it.

Needless to say, this opens up the entire pharmaceutical industry to a lot of abuse. The more drugs prescribed, the more money that the companies make. In 2013, Big Pharma made just slightly over 430 billion dollars in profits from sales, which only continues to rise as more Americans are put on more medications.

Within the United States, cigarettes are no longer allowed to be advertised on TV as of 1970. Alcohol ads can only run when 70% or more of the viewing audience is over 21. However, ads like these are allowed, giving way to the misconception that with only a pill, your sadness and anxiety can be wiped away, giving way to the misconception that happiness can be bought.

While medication can treat one issue, such as chemical imbalances, there’s nothing it can do to fix your practical life. Medications like Prozac and Adderall might only operate as band-aids that cover up the real problems. If there’s nothing done about it, then the suffering is only going to keep returning.

Personally, I’m still trying to find what works and what doesn’t. It’s not an easy process. The process of adjusting, finding out if it works or not, then weaning off of it — it’s nothing short of torturous. There’s always a part of me that hopes that the next one will work, but maybe I should take my own advice about relying on medication.

I need to look towards the relationships in my life. If it doesn’t seem like I have any, I’ll form some.

I need to look towards the things I truly enjoy doing. If it doesn’t seem like I have anything to do, find something.

These two ideals are stickied above my lofted bed. Every night and every morning, I’m reminded that I need to be the change I want to happen. If I’m nothing but a Hollow Shell, I can’t expect drugs to fill me up — I’ll have to a way to do that myself.